The SS Strathallan was one of more than 2000 ships torpedoed by German U Boats during World War 2.

The Strathallan Story. The SS Strathallan was one of more than 2000 ships torpedoed by German U Boats during World War 2. Read this fascinating story. THE SHIP THAT DIED IN SECRET.

Somewhere on the ocean floor off Algeria in the Mediterranean Sea lies a once proud passenger liner. Whether it is lying on its port or starboard side or even erect we do not know…. but what we are aware of is a gaping hole at the water line on the port side caused by a torpedo from a German submarine which resulted in the liner capsizing.

A few hundred nautical miles away on the same Mediterranean seabed there also lies a U-Boat sunk by depth charges. Both these wrecks are only two of thousands that litter the sea beds throughout the oceans of the world, a testament to the famous saying by Scotland’s National Bard Robert Burns…” Mans inhumanity to man”

Photographer which is quite unique, All our stories have been from “amateur” recollections. Now we can read of a professional account of the U562 attack by a magazine employee who was actually there for the purposes of being a War Correspondent/Photographer. There are over 5000 stories of the U562 attack and the aftermath all of them poignant and fascinating.

The Germans were too strong and established in Europe while the Allies were unprepared for a frontal assault on the continent….. but the North African Theatre of War gave them the opportunity to strike a blow at Germany where supply lines were stretched to the limit. While General Bernard Law Montgomery engaged the enemy under Desert Fox ‘General Erwin Rommel’……… commencing a massive artillery barrage at dawn on 23rd October 1942 at El Alamein… two giant convoys were sailing from American and British ports packed with troops and equipment……destination top secret…. known only to the commanders…..which was Algeria…Tunisia…Morocco in North Africa. 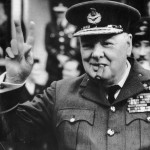 Read Robert Kennedy’s own words on Sir Winston Churchill and the evil leader of the 3rd Reich – Adolf Hitler. What strategic plans did Churchill put into place to defeat this madman and what part did our allies play. 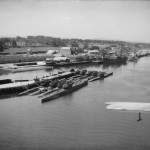 When was the SS Strathallan torpedoed? Learn about U-Boats and see where she sank. Learn about the dreaded predator and see the actual German log book recording the attack early on that fateful morning. 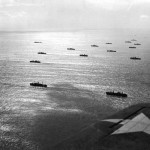 Follow Operation Torch, the invasion of Algeria, Tunisia, Morocco & North Africa as the Allies drove home the advantage following the 8th Army’s magnificent victory at El Alemein, about our allies and how they helped.