The Strathallan Story has covered various aspects of the U562 Torpedo, the Liner, Sister Ships,U562, Convoy Marshalling Base, Operation Torch and many Convoy and Eye Witness reports. But we have not touched on why it all happened in the first place.

His book Mein Kampf written while in Landsberg Prison jailed for sedition, was a classic of Discrimination and Anti Semitism and yet went on to become the “Bible” of National Socialism and The Nazi Party. “We are The Master Race” he preached with unswerving conviction. The people believed him. He was in essence a confidence trickster with a giant con. The ruin of The German Nation stands as a testament to his ability of conmanship. They were not the Master Race but just ordinary mortal souls like any other nation. Nowadays he would be prosecuted for incitement to cause civil unrest and discriminatory behaviour in the extreme.
It was completely extra ordinary how that small band achieved their goals in Pre War Germany, nothing short of genius, but the negative and dangerous kind. 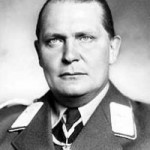 As we write March 2003 the free world is again dealing with another tyrant in Saddam Hussein of Iraq who is holding on to power by fear and intimidation but compared to Hitler…. Saddam Hussein is but a babe in arms metaphorically speaking but share the same common denominator of being dictatorial despots.