From a book called “The Red Duster at War” 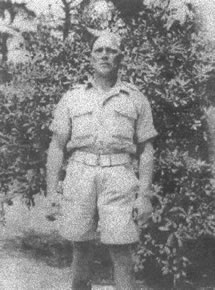 Over Christmas and the New Year there was alarm at the mounting losses off the coast of North Africa. With the sinking of the Peninsular & Oriental’s Strathallan and Hall Bros.’ Bretwalda three days prior to Christmas, sixteen vessels had been lost with a tonnage of 143,346.

In addition ten ships of 81,539 tons had been damaged and withdrawn from service. These were Cameronia, Empire Centaur, Forest, Glenfinlas, Harmattan, Lalande, Ocean Vanquisher, Ousel and Scythia.

The 23,722-ton Strathallan (Captain Biggs) was commodore ship of convoy KRS5 from Clyde. Her complement was 5,122, which included 4,000 British and American troops and 250 Queen Alexandra nurses. Breaking the escort screen in the early hours, the sea, flat calm, an unclouded sky with a brilliant moon, was LI-562 (Lieutenant Horst Hamm). The torpedo exploded on the port side of the engine room killing four crewmembers on watch, immediately Strathallan listed to port. First reports seemed to suggest she was not badly damaged and HMS Laforey took her in tow; 3,000 troops remained on board as the other personnel were taken off by HMS Verity.

At midday Strathallan was lower in the water and fire was spreading rapidly. She was abandoned with a skeleton crew left aboard; Laforey and Pander attended to the disembarkation. HMS Restive then took up the towropes and later that afternoon took off Captain Biggs, his chief engineer and a cadet. At 1700 hours, 22 December, Strathallan turned over and sank; she was twelve miles from Oran, the fourth P & 0 liner lost in the six weeks of the North African campaign.

Some ships standing on towards Algiers, whilst we joined the screen of the Oran section.

We had not long separated when, away on the eastern horizon, we saw two white rockets climbing into the sky, and knew that one of the ships for Algiers had been torpedoed. We delivered our section at Oran at daybreak and went back out to sea again to help the 23,000-ton P & O liner Strathallan, whose distress rockets we had seen the previous night.

We found the liner in tow of the flotilla leader Laforey who was towing with two enormous short hawsers that must have belonged to Strathallan, and making four or five knots through the water, as a pair, they looked like an ant with an elephant in tow. Except that she had an appreciable list, the Strathallan did not at that stage appear to be in danger. She was heading towards Oran.

We all took up our stations around the tow to guard against more submarines, and for a while all went well. An old V-class destroyer, a fine veteran of the previous war, arrived from the northward with about 1,000 people picked up from Strathallan’s boats. The boats had held many nurses, and other members of the women’s services.

Presently we realised that something must be wrong, for the Panther was ordered alongside Strathallan to embark troops. She laid her bows against the liner’s quarter so that soldiers could transfer from one ship to the other, and after a while sheered off and steered towards Oran.

Then we were ordered to take off troops, and followed the Panther’s example, which had been so successful. With our bows laid against Strathallan’s quarter and our engines turning at about one knot more than the liner’s speed to hold us there, we lashed the two ships together with wire howsers. The sea was quite calm, and we rode quite comfortably. In the course of the whole operation we suffered no more than a few slightly buckled plates in our forecastle. Once we were alongside we could see why the troops were being taken off. The Strathallan was on fire down below. We could see smoke curling out of her ventilators.

The soldiers began coming on board, down ropes and rope ladders from Strathallan’s deck far above us, down onto our forecastle. It was a most cheerful and orderly proceeding, but it was clear that the troops were not used to ropes or rope ladders. We had not long been secured alongside when there was an extraordinary sound, a deep “who-o-o-of”, and with it a pillar of fire seemingly incandescent, shot out of her funnel, climbed perhaps a couple of hundred feet, and hung there. Her funnel was a long way forward of us, and it’s top very high above us, yet the heat on our bridge was scorching to the face, The pillar of fire died down, and disappeared back inside her funnel, but it was obvious that something very bad had happened down below, and the volume of smoke pouring out of her ventilators increased rapidly.

This made no difference to the to the soldiers’ demeanour, there was no sign of hurry, and the embarkation went on as before. Steadily they poured down on to our forecastle, and kept moving aft. The senior army officer on board was leaning calmly over the Strathallan’s rail, chatting casually to our captain. At length he said there were only a thousand more troops left on the liner. We had already embarked a great many more than that and our decks were jammed with people, and as the Lightning was standing by to relieve us we cast off, and she took our place.

Our forecast and upper deck presented a remarkable appearance, solid khaki except for a little island left clear around our guns so that we could fight the enemy. We had embarked 1,379 soldiers, an extra top-weight of about one hundred tons, so that the ship was definitely tender on the helm.

The Lightning took off at least 1,000 people, and then she too cast off. The Strathallan’s own officers and men had of course remained on board, but as soon as Lightning left her the fire broke through to the liner’s upper deck. A Fleet tug ran alongside to embark her ship’s company, and she in turn had barely cleared before the Strathallan was blazing furiously from stem to stern.